This has been a productive month, despite not really working on the game itself. As I mentioned in the previous devlog, I focused on marketing. I have also recruited two friends to help me out (well, technically I’ve been talking their ears off since I started last year). As a result of all that, we’re becoming a bit more official. Here’s what’s new:

Most of the time was spent on the website itself. It took much longer than I expected, which is the norm. I’m not 100% satisfied with it, nor the content, but it’s better than nothing, and better than I expected. I’ve started with a template, but had to fix up a bunch of things. Figuring out how Hugo themes work, how to share content between the new site and my blog. Lot of work went into the gallery page, which will be kept updated as new media is created.

Meanwhile some work was done on a map for Town Of Dotfal by Lotlurien, one of the new team members. I’ve helped out a bit, and have to say that map making is much more difficult than I would have assumed. There is going to be an enormous amount of little details to figure out and do. As we go and learn, we will improve the process. I have an itching to make a full map editor software, instead of using Tiled, but hopefully it won’t have to come to that. At least not until we have more general experience. Here’s a very early sneak preview: 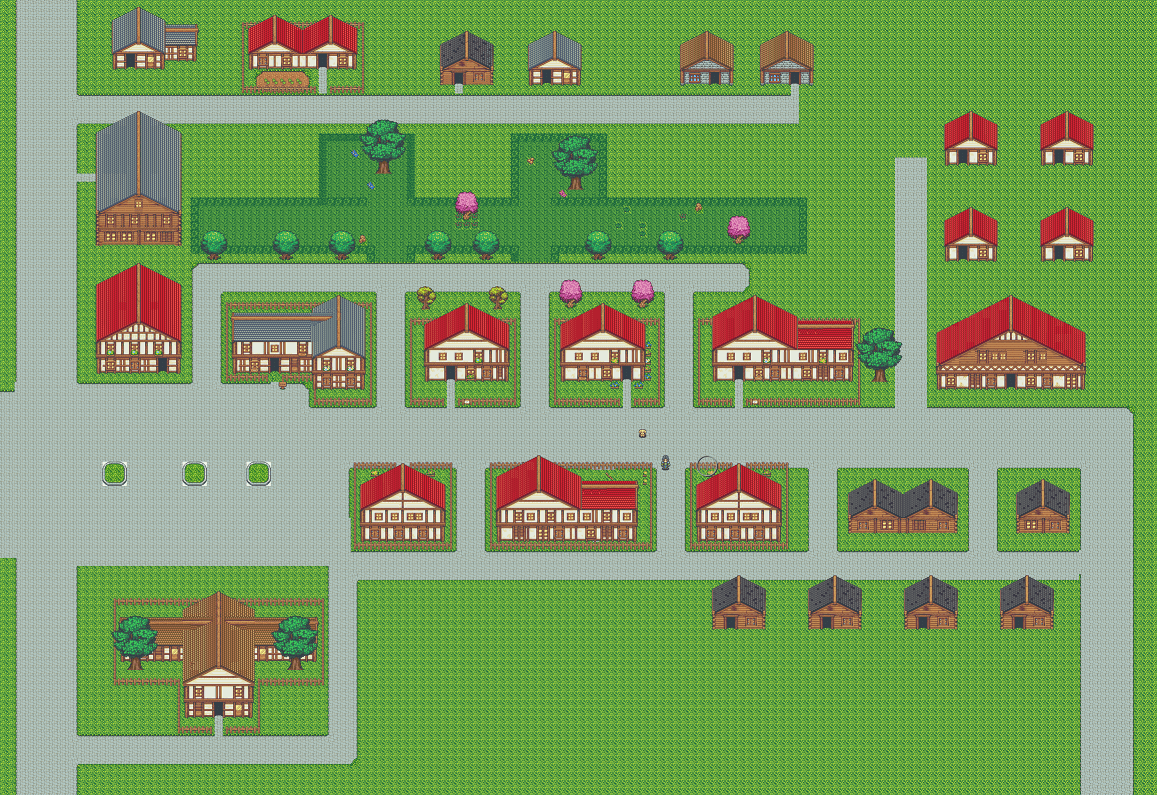 Now it’s finally time to dust off the code. There’s lot of cleanup to do. I want to decouple a few things into standalone libraries. Possibly improve the AI tooling (as we will need it a lot for the tech demo).

Then I have one experimental architecture idea I would like to try. It’s not a small one, but could be very useful down the road. It’s practically what I’ve spent the past year working on for other multiplayer projects. Since this project is also multiplayer (Surprised? Check the website!), it would be nice if I could benefit from that work here too. More on that when I get it implemented.