Another report was a long time overdue. Lot of things happened in the last month.

Starting with the editor I mentioned last time, I might have went a bit overboard. But honestly there doesn’t seem to be any other way when one wants to make a custom one. At this moment the editor still isn’t done, but it’s getting very close.

This was finished shortly after last report. What I wanted was a way to properly define individual components of my entities, then being able to define templates. All entities link to their template, giving it the default values for all the components.

After this I started the work on actual visual level editing. I plan on adding features as I need them and the first one is placing objects (duh) and modifying polygons. The second part is mostly done. Using ATF meant I had to code it pretty much all myself. Slow, but it gives me lot of power (also experience++).

All this really doesn’t look like a lot of work, maybe I’m just slow or a bad dev, but my To Do list certainly doesn’t seem shallow. 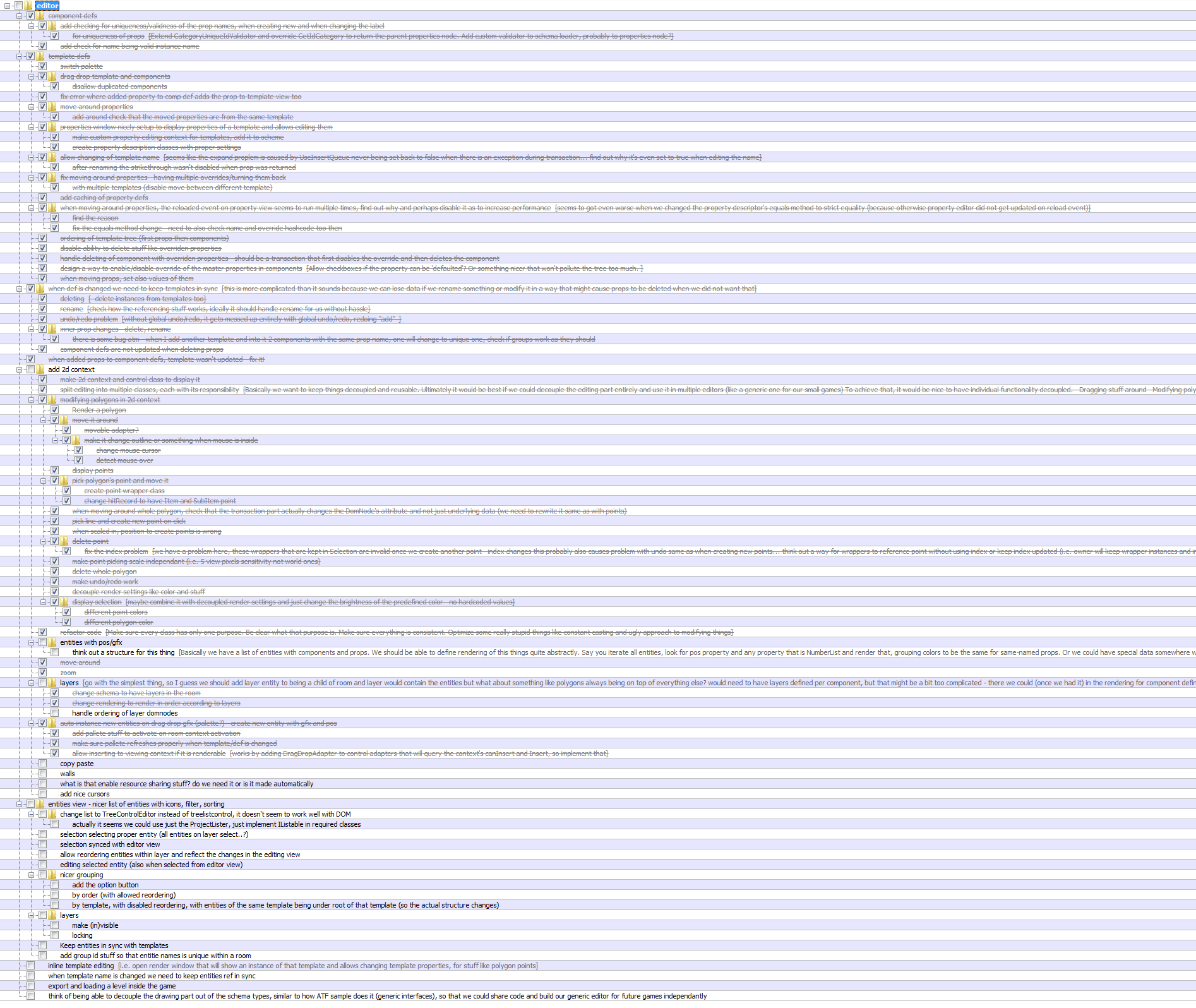 After taking so long with this, my plans were altered and I needed to make some money to keep my brain alive. Ended up making a small physics puzzler. At first I worked part time on it, but since it was also going slow (working 8pm-11pm doesn’t give much space to get stuff done), at the beginning of February I started working full time on this game instead of working on my RPG. Sad moment.

Well now I just hope to make some money of it. There is some other work I need to do to, but all seems to be on track to get back to RPG in about a month and half. After that I hope it will speed up considerably, but I can’t do reliable predictions at this point.